The NY Times featured an article on August 22, 2022 “People are paying to have personal messagespainted on Ukrainian artillery shells.” (see: https://nyti.ms/3CsFNwy, which is also a photo source.)

The article chronicles a novel way that Ukrainians are raising money to support their war effort against Russia. According to the article the signmyrocket is one of these efforts. Supporters can not only get their personal messages on the shells, but can, for an extra fee of course, they can get a video of their shell being shot. 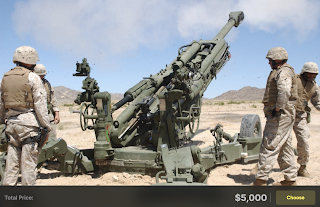 Of course, this is not the first time that bombs have had a dual purpose. Life Magazine featured some bombs destined for the Pacific Theater in World War II. (Source: Life Magazine). 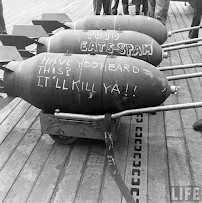 While some may view fundraising by Artem Poliukhovych at signmyrocket.com (which is also a photo source) as the main goal, there are of course other outcomes. Most of the messages have political overtones, but others like the one from Cristina Repetti of Chicago is personal – she simply wants her boyfriend, Vinny to come back home.

As PSYOP professionals, let’s take a moment to talk about the effects of this kind of effort.

First of all the bombs land on the enemy causing damage.

The nature of the campaign, the fund raising, and the popular/media support create another effect and that is the PSYOP effect of showing the enemy that there is a worldwide community that stands against them.

This raises the question of what audience can actually see the articles about the bombs and their messages. Given the totalitarian control that Russia has over its ‘news’ media, it would be reasonable to assume that the Russian domestic media market will not see the messages.

The Russian diaspora outside Russia can certainly access on line and traditional media that will feature the articles. Russian soldiers inside Ukraine may or may not be an audience depending on their particular situation and of course their rank.

When it comes to Measures of Effectiveness (MOE), we could all take a lesson from the ‘signmyrocket.com’ results below. As always, reader comments encouraged. 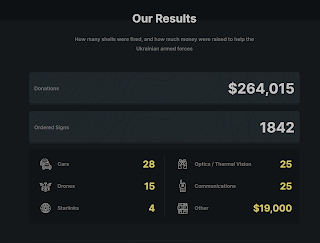 Posted by Lawrence Dietz at 1:48 PM