Even North Korea is Socializing Its Brand

The NY Times ran a story “North Korean Propaganda Gets a YouTube Makeover” on 12 Sep 20 online and in their Sunday, 13 September 20 print edition. (see: https://nyti.m 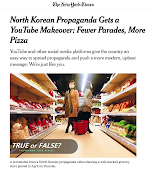 s/35RHLXl, which is the photo source).

Ironically enough, the Propaganda and Agitation Department of North Korea is responsible of creating and distributing propaganda. (See Wikipedia: https://bit.ly/3c0Nvil)

The new government sponsored campaigns and media are a far cry from prior generations of propaganda. According to a research at the Sejong Institute social media is a “low-cost and effective means” to disseminate its propaganda.

As you can see from the accompanying photos, the strategy is more modern and more personal. Rather than focus on the military parades of days of yore, the new strategy recognizes the importance of showing ‘normal’ people and personifying the regime’s messages. 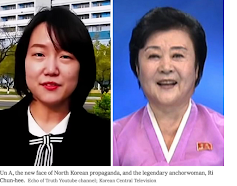 Part of the motivation for the change has been competition from outside news and entertainment that have penetrated the North Korean efforts to isolate the country and restrict access to anything other than official positions and messages.

One of the classic sales techniques is to have the audience feel like they are involved. These four pictures of the Taesong Department Store in Pyongyang are meant to counter any rumors that the North is short of food or creature comforts. Shoppers are looking for kimchi instant noodles and soju, the popular Korean liquor. 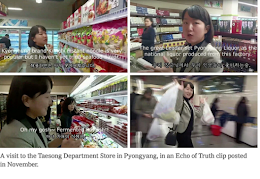 Previously the North Koreans relied on a single medium – the Korean Central News Agency. Now they are able to create a variety of channels on YouTube that are each able to garner subscribers. For example, the Echo of Truth channel was created in 2017 and boasts almost 25,000 subscribers.

Of course, even this new and improved methodology is not perfect. The physical locations are all in the capital, Pyongang and sometimes the pictures tell a different story without intending to do so.

Take this picture of the commuters. Look at the size of the station and the small number of people. Of course, I’m a native New Yorker, so my perception of crowded commuter stations might be different than most. 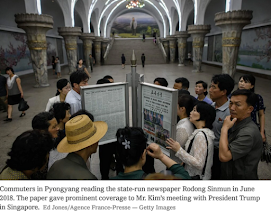 Shim Jin-sup, A retired South Korean Army PSYOP Officer summed the performance by one of the commentators “She is another parrot repeating the message form the Worker’s Party.