Simply Don’t Get It or Too Much Political Correctness? 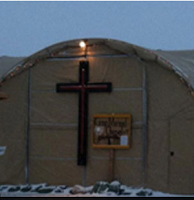 Normally I only do one post a week, but the Politico (a source I never heard of before and cannot vouch for their political leanings or view) 11/23/11 article “Cross removed at base in Afghanistan” (seehttp://www.politico.com/news/stories/1111/69039.html) struck me as something worth covering.

As shown in the photo (from the same source), apparently there was a very large cross on the outside of the chapel at Camp Marmal. A Facebook page about the camp quotes Wikipedia “Camp Marmal is the largest base of the Bundeswehr outside of Germany. It is located outside of Mazar-e Sharif, Afghanistan, at the foot of the Hindu Kush mountains. The camp was opened in September 2005. The camp gets its name from the bordering Marmal Mountains.”

The article was picked up by UPI and probably some others. According to the article the cross was taken down because it violated DOD rules.

As I recall one of the senior generals in Afghanistan, perhaps General McChrystal was instrumental in removing signs that the American force were ‘distinctly American” and alluded to the fact that ISAF was going to be there for a while.

Should the base CDR, be they American, German or any other NATO nation have permitted the cross in the first place? Does a large religious symbol of a Western religion offend Afghanis? What would the effect have been if there was a Star of David or a Wiccan Symbol?

Does the feeling of comfort to Christian soldiers (as quoted in the article) outweigh the likely negative perception of the Afghans?

I’ll leave it to you. If you have one, enjoy the long Holiday weekend. 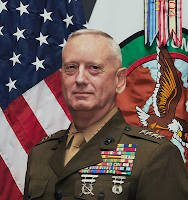 The article provides a description of the team and the languages they cover (Arabic, Dari, Persian, Pashto, Urdu and Russian in case you’re interested). The Times compares the open efforts of the DET with the highly classified and generally shielded US military efforts in Computer Network Operations (CNO).

The DET’s engagements are “transparent and attributable” according to MAJ Nevers. The team’s approval cycle can take hours and while, as the Times points out, this isn’t ‘real-time’ it’s a heck of a lot faster than any approval cycle I’ve been a part of.

The article also refers to the State Department’s Digital Outreach Team as a complementary effort headed by Richard LeBaron, a former Ambassador to Kuwait, that organization’s coordinator.

There is no question that the DET is a laudable effort, complimented as both effective and cost-efficient by Brian Fishman, a counterterrorism analyst at the New America Foundation, a nonpartisan research group in Washington in that same article.

There are two reasons I’ve pulled this article for today’s post. First of all we hear so much negative crap about the influence war, it’s nice to see something positive for a change. However, perhaps more intriguing are the questions the DET raises to me:

1. Are they part of the MISO element to CENTCOM or the STRATCOM element, or are they an organizational hybrid?

2. To whom does the DET OIC (Officer in Charge) report to and what senior officers are in his rating chain?

3. Is this simply a ‘one off’ created because of Centcom’s AO?

4. Given that the DET’s actions are really global because their WWW AO is amorphous, how can a single Combatant CDR be given responsibilities for the other AOs?

5. Do they have a set of ROE and formal procedural guidelines?

6. While measures of effectiveness (MOE)are notoriously absent from this kind of endeavor, are we capturing the lessons learned and TTP in a systematic way to be applied elsewhere?

7. Are we aware of similar allied efforts and have we tried to promulgate this type of effort through NATO?

8. Does it make sense to set up a similar PACOM effort to address the Asian AO?

The DET passes the common sense test and appears to be a good idea whose time has come, I’m just wondering if we’re making the most of it.

Speaking of ‘making the most of it’, take some time to enjoy your family friends during the Holiday Season. As we learn, life is short and unpredictable. I’ve already lost a colleague to a fatal stroke this year and another is in a hospital after his stroke. Neither were military and both were part of the information security industry – the lesson is enjoy what you can with gusto.

Posted by Lawrence Dietz at 9:23 AM No comments: 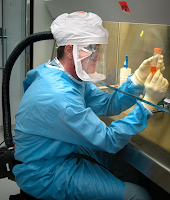 I find the Occupy Wall Street (OWS) movement to be a fascinating sociological phenomenon. For one thing it spans multiple geographic areas simultaneously. For another, it doesn’t seem to have a hierarchy nor a stated specific purpose. OWS is unlike the classic protests of the 1960s and 70s which were formed to protest the war in Viet Nam or even the popular movements called the Arab Spring which were focused protesting government rule and in my view may be indicative of future activities.

The noted former Presidential Advisor, Richard Clarke once said “The future will not be like the past.” To me the Arab Spring and the OWS are perhaps a window into the future and as such are worthy of detailed study by PSYOP/MISO professionals. Both are mass movements involving significant amounts of people. Both have provoked kinetic and non-kinetic government responses and both have managed to put a spotlight on how governments react.

In previous postings I addressed the combination of physical and cyber action and used the San Francisco based protests of Bay Area Rapid Transit (BART) actions as examples. Recently there were some reports indicating that Anonymous was going to add another dimension to their activities by attacking the broadcast media. See:

Going back to the laboratory concept for a moment, overseas PSYOP/MISO could find itself in a precarious position – having to not only defend the government’s actions, but to counter PSYOP of organized protest groups and disaffected individuals.

This kind of counter-campaign will require incredible creativity and resiliency at the Team level. It will require NCOs in particular who have diplomatic and cultural skills as well as the pre-requisite multi-media and face to face influence skills.

Given the tenor and the tone of many of the comments I have received over the past several weeks, I don’t doubt that we have the individuals up to the task. The question I raise is do we have the doctrine, TTP and resources to back them up? Furthermore, have we really solidified the link-up between DOD and the Department of State so that MISO is reinforcing the messages promulgated by the Ambassador and the Country team?

Can Music Soothe The Savage Extremist? 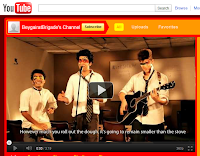 The Islamabad based Beygairat Brigade (A Brigade Without Honor) was covered in article in the November 7, 2011 NY Times. (see: http://www.nytimes.com/2011/11/07/world/asia/beygairat-brigades-youtube-hit-song-challenges-extremism-in-pakistan.html?_r=1&scp=1&sq=Satrical%20Song,%20a%20You%20Tube%20Hit&st=cse) talks about a satirical song that seems to be able to do the impossible: openly criticize bedrock institutions such as the military and religious leaders.

The acceptance of the song, “Aalu Anday” and its popularity on YouTube (see: http://www.youtube.com/user/BeygairatBrigade) says much about deep feelings in Pakistan. The Times notes that the song is not only popular on YouTube, but is the topic of conversation on Social media as well as the news media. (Photo source: YouTube - same URL)

What does this mean to PSYOPers (I can’t bring myself to say MISOers)? A couple of things. First of all, affected citizens are much more able to harness their culture, language and arts to express their inner most feelings. Satire by well meaning and credible entertainers can often have a more profound effect that the costliest of campaigns.

It is also important to take note of the synergy between the Internet via Social Media and YouTube and leverage that presence puts on the traditional media to take notice. Of course the digital media is a much more important conduit to the younger (teens, 20’s and 30s) demographic, however, traditional media influences other audiences such as political and perhaps even religious leaders.

While I don’t suspect we’ll see many extremists put down their AK47s and reach for their iPad, it’s nice to a have a positive example in a tumultuous country in challenging times for a change.

Posted by Lawrence Dietz at 3:02 PM No comments:

From 31 October through 3 November I am having the pleasure of attending the 24th Annual NATO Joint Senior PSYOP Conference. Hosted by the Joint Special Operations University (JSOU), the event is attended by representatives from over a dozen countries.

This year’s conference is focused on navigating social media and the hosts have gathered a diverse group of speakers from the military, commercial sector, and academia to provide the attendees with a broad range of thought provoking information.

I’m posting at the end of day 2 of 3 and ½. Here are some of the key points you may find of interest:

· Researchers are studying the social media aspects of the Arab Spring and the Occupy movement to see if there are any lessons learned or techniques that should be considered for future operations.

· An interesting angle on analysis is to figure out “what does the enemy worry about” and what don’t they want their audience to believe.

· There will always be no shortage of pictures or video because the population at large is recording what they see.

· Contractors on the battle field are a fact of life.

· Common causes/issues behind the Arab Spring include:

o Inability for populations to effect change in their government

· Some in mass movements (Occupy, Flash Mobs) may be motivated by the sense of a fulfilling experience – not necessarily any causes or deep meanings.

· Behavior changes can often be initiated through small, incremental steps.

· Conflicts occur across a ‘difference’ boundary, in other words a divide.

· NATO may be well known, but what it stands for is not. NATO needs to ‘re-brand’ itself so that the current generation knows why NATO exisits.

· Cyber conflict and incidents dos not have to be waged by governments, but cyber war does.

· Afghanistan isn’t a 10 year war, but 10 one year wars due to rotation of personnel.

· There is a difference between teaching and fostering learning.

· Trust is a cornerstone.

· New strategies and operational concepts/techniques need to be developed to allow forces to be in the fight, but not at the fight. (Witness Libya)

· Cyber War is a legal quagmire.

· Cyber War will likely be a prelude to kinetic war.

My service at the NATO HQ in Bosnia was a great experience for me because I had the rare opportunity of working side by side with military and civilian personnel from throughout the NATO alliance. Shared experience builds more than bonds, it builds the kind of relationships that are needed to fight and win today’s and tomorrow’s conflicts.

Posted by Lawrence Dietz at 8:31 AM 9 comments: