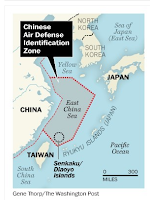 According to the article the US flew two unarmed B-52 bombers over two Chinese islands as a part of a previously scheduled training mission.

Some interesting observations here. Once upon a time, the US and the Soviets used to engage in ‘ferret flights’. Military aircraft would fly a course that looked like they were going to enter the territory of the target country. Of course, they didn’t, but the flight caused the target to activate their defenses and the electronics (trackers, anti-aircraft missiles, etc) along with them. The flights ‘ferreted’ out the likely defensive actions of the target.

Was the US sending a message to the PRC: “We don’t really care what your pronouncements are, we are still the dominant force in Asia?” or was this simply a preplanned activity that went ahead because those responsible for the activity never got the message about China’s new Air Defense Identification Zone.

In any event there was no major outcry from the PRC so it remains to be seen whether or not there will be any psychological impact of the flights. Of course, long time Sinophiles know that Chinese are long haul players and will act only when it suits them, mostly on their own time.

See: http://www.nytimes.com/2013/11/28/world/asia/china-explains-handling-of-b-52-flight-as-tensions-escalate.html?_r=0 for more on the Chinese response.

Happy Thanksgiving to my American readers and Happy Holidays to one and all.
Posted by Lawrence Dietz at 2:53 PM No comments: 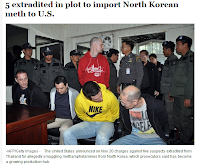 Life has a way of being neither black nor white. We say that MISO are undertaken against a military force to support the CDR’s mission and intent. What about MISO against a hostile nation state’s criminal activities?

While I have been to the ROK several times, I am certainly not an expert on the drug trade there although I operate under the assumption that not much goes on in North Korea that the government doesn’t know about.

Assuming for the moment that the meth trade is a State Owned Enterprise (which it may not be of course, but for the sake of argument – bear with me), and both the US and the ROK feel it is in the interest of their mutual national security to thwart the drug operation, then is it appropriate for their respective militaries to engage in MISO to help achieve that goal?

While one could argue that this is more of a diplomatic matter and best handled by Public Diplomacy or some other army of the Department of State, are they the best equipped to accomplish this mission?

I would argue that MISO designed to discourage all facets of the drug operation are proper missions. The appropriate resources to address a North Korean audience are more likely to be a part of the two military MISO organizations. The nature of the cooperation between US MISO and Korean C2PSYOP would be a function of current operations and based on memorandums of agreement between the two countries Executive Branches.

Reader comments encouraged as always. For my American readers – Happy Thanksgiving.
Posted by Lawrence Dietz at 9:38 AM No comments:

Do even smart warriors consider PSYOP?

The November 16, 2013 NY Times featured an article about a Philosopher-General of the Israeli Defense Force (IDF)  (see: http://www.nytimes.com/2013/11/16/world/middleeast/to-a-philosopher-general-in-israel-peace-is-the-time-to-prepare-for-war.html?_r=0. Which is also the photo source.)

Nevertheless, given that the General, like many other General Officers and Fleet Officers (GOFO) is rotted in combat operations. With an agile enemy such as Hezbollah and a mercurial legislature, can even an officer who has studied philosophy and business administration be expected to understand the nuances and advantages of a non-lethal battlefield multiplier like MISO?

Patton was regarded as a learned General, one who spoke French and who devoured reading on a variety of subjects not the least of which was the tactics of his enemies such as Rommel. Would Patton have ever employed MISO over combat action? Seems like a shaky proposition to me.
As we move out of Afghanistan and the force becomes adjusted to a more garrison based and perhaps disaster abating role (witness the new 3* JTF 505 in the Philippines), are we inculcating the next general of GOFO with the tools they need to employ MISO?

My bet is probably not. Hopefully SWC is working in concert with TRADOC to insure that the military education curriculums are inclusive of MISO just as they are of urban warfare and the growing likelihood of cyber conflict.
Posted by Lawrence Dietz at 12:30 PM 2 comments:

The “Divorce” And Readiness – Not A Pretty Picture

Greetings from Fort Meade where I have the pleasure of role playing the MISO/IO SME at an exercise for DINFOS. Consequently the weekly Blog post is a little late, coming to you on Sunday instead of during the week.

Some usually reliable sources have given me the latest update on the AC/RC MISO saga. It seems that the Army is OK with the move, however, the SOF Chain of Command is only in favor of returning RC MISO to the fold as long as ‘they’ are not called SOF. 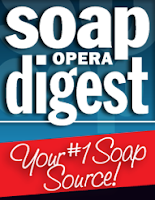 Apparently the SOF Chain doesn’t want to ‘pollute’ the brand by having the RC within their community. This may due in part that there are different standards for the two components. The source went on to say that the action officer is now the G3 of the Army and the decision maker is the Secretary of the Army.

All of this going on while the parties are still wresting with the notion that SWC has to be the proponent for ALL components of the branch and that the “Big Army” has no real way of dealing with PSYOP/MISO specific equipment.

Common sense just seems to be out the window here.

First of all there should just be a single standard since MISO forces will more than likely be deployed ‘for the good of the service’ and that the “I’m special and you’re not” philosophy will fall apart under the strain of real world demands that are unforeseen today.

As an occasional contractor I’m learning the hard way that doctrines and acronyms seem to change color more than the leaves here in Maryland.

For my American colleagues, next Monday, 11 November is Veteran’s Day. You and our forebears have earned the recognition. For the history of Veteran’s Day, formerly known as Armistice Day check out: http://www.va.gov/opa/vetsday/vetdayhistory.asp

Photo Source: http://soapoperadigest.com/
Posted by Lawrence Dietz at 7:00 AM 2 comments: