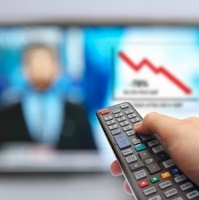 When a consensus is found among media professionals, it’s worth sharing. As a Red Cross Public Affairs Officer my boss often sends some useful media references.

Here's one about local TV producers are looking for: ‘“Air” Conditioning: Human-Interest and Visual Angles are Keys to Pitching TV’ (at: https://www.bulldogreporter.com/air-conditioning-human-interest-and-visual-angles-are-keys-to-pitching-tv-2/, which is also the photo source.)

I’ve opined in the past that the word is becoming more visual and that media trends seem to be moving toward interactivity so that any media producer whether TV or Internet would be looking for pretty much the same things.

There are a couple of other tips, but these five are the key ones. You will also need to bear in mind some production tips as well.

Putting a Human Face, especially a face that the viewer can identify with, is critical to the credib ility and impact of the story. Consider that as a major element of your efforts.

If you are producing the video remember that  you can edit video, but you can’t edit audio. Any story that involves people talking should make sure that the speakers have their own microphones. Lavalier microphones are not expensive. See: https://www.bhphotovideo.com/c/buy/Lavalier/ci/8535/N/4291086006?origSearch=Lavalier%20Microphones for a reasonable selection.

If you are working with a particular media outlet make sure you understand their news rhythm so that you can help them schedule your story for maximum effect.

Be a helper – providing security, transportation and perhaps some water or a meal can mean the difference of whether your story gets covered or not.

Any normal person on a two week vacation in Europe would not take time out to do a PSYOP Blog – but then again perhaps a true PSYOPer is not quite normal.

It’s one thing to speculate about the media environment in a location and it’s quite another to visit that location and get a look on the ground. I had the opportunity to spend several days in Rome in early September 2016.

The addiction to mobile phones and to FaceBook in particular appears to be an international phenomenon. In wandering through Rome in shops and tourist spots alike, almost everyone was glued to their phone.

Entrepreneurs were selling mobile phone clamps attached to ‘selfie sticks’ and to tripods so that tourists could capture their latest adventures. Of greater interest was the fact that almost every phone I could take a look at was set to FaceBook.

It seemed like everyone - couples, individuals, taxi/limo drivers, etc. were all hooked on FB. While the preponderance of the people were in the 30s and 40s, the FB addiction was not limited to those under 40 as ‘even’ seniors were updating their status.

Moving afloat to our cruise ship, either the price of shipboard internet access is lower (at least in proportion to other costs) or the need for constant connection is stronger than it was in 2010 when we took our last cruise because almost everyone has their mobile phone with them – even at sea!

Not to be outdone the cruise line encourages people to update their FB status and share their photos on FB, Twitter, etc.

Of course, Rome is not a typical location, and probably not a place where we would engage in PSYOP or MISO, however, the addiction to mobile phones and Social Media is a critical factor in winning the cyber influence battles of the future.

While Social Media is a mostly benign way for people to communicate, let's not lose sight of the potential for harm or evil as well. We are all mindful of the fact that airplanes were not considered weapons until 15 years ago today.
Posted by Lawrence Dietz at 12:58 AM No comments: