Is MISO Missing The Boat on Islamic PSYOP?

I’ve been asked by some readers to be a bit more controversial. It would seem that the US approach to MISO and PSYOP in the Arab is just the place to spice up the conversation.

It seems that one of the reasons why MISO and PSYOP in the Islamic world, perhaps particularly in Afghanistan seems so frustrating is that the Western world may be ignoring long standing cultural norms in favor of relying on Western approaches to MISO as a catalyst to resolving conditions in the host country.

Much of what we do in MISO and PSYOP can be thought of as trying to influence people caught in a conflict where the US and our allies have intervened. Often this involves supporting the host nation government such as in Iraq and Afghanistan or potentially a rebel force as may be the case in Syria.
US MISO are carried out in order to support the CDR’s mission and operations based on our doctrine and the mission at hand.

While never stated, certain fundamental axioms are always in play. For example, the Western approach favors face to face negotiations without fixing blame. Westerners believe that the substance of the situation is more important than the form.

In researching Islamic dispute resolution methodologies I have found that these premises are pretty much opposite of the classic Islamic view. (see: www.sulha.org (which is also the photo source) and http://www.usma.edu/wpnp/sitepages/news_bbay11-1-2.aspx.aspx).

According to those references and the lecturer in the West Point, program, while Westerners may indeed prefer face to face, the Islamic position is that they would be better served if negotiations were carried out through an influential intermediary. This is why the Palestinians often want the President of the US to intercede as the honest broker.

While substance is at the core of Western approaches, perception and form are more in tune with Islamic expectations. Classically  an Islamic dispute resolution would start by the clear assignment of blame so that one party may be viewed as a victim and the other as a perpetrator. The victim would be expected to seek revenge as a means of regaining the damage to their honor done by the perpetrator. The perpetrator on the other hand would be expected to seek reconciliation through apologies or other means.

Keys to success here are to recognize that revenge is part of the natural order of things and that restoration of honor is the desired end result.

Even these few points illustrate the major perspective differences between the West and Islamic dispute resolution processes.

Perhaps the time has come for Western MISO to adapt the Islamic perspective in Afghanistan as a means of dealing with the American withdrawal from Afghanistan  in a manner that is more in line with Islamic expectations and which ultimately would lay the ground work for a more lasting peace than would be possible under the typical Western influence strategies.
Posted by Lawrence Dietz at 2:41 PM 1 comment:

PSYOP and Sales: There Is A Difference 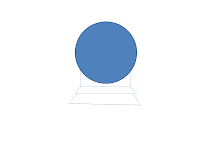 Before I begin – thanks to all of you who continued to work during the stupidity known as the “Government Shutdown”. I’m pretty sure our founding fathers intended there to be a check and balance system as a means to preclude corruption of the precious freedoms that were earned through the American Revolution. However, I doubt if they could have predicted the lunacy that prevailed recently in DC.

Generally I have been an advocate of the theory that marketing and PSYOP have a lot in common. However, today’s post is going to take a contra view.

I have a variety of jobs that keep me busy. One of them is working for a small international security consulting company. I wear a variety of hats and sometimes have to wear my least favorite – marketing dude. This week was such a time.

When considering our sales I think of the billing for the current case and what do we need to do to keep this client and perhaps get more and different kinds of cases from them. Overall, pretty straight forward.

I don’t need to be a psychic or witch to divine out unintended results.

On the other hand when I ponder the world of MISO/PSYOP one has to consider unintended effects as well as second and third level consequences. While in our world the effects are confined to our customers and employees of those customers who may move on to other companies and therefore new prospects for us, the perspective is pretty limited.

MISO on the other hand is open to global consequences due to the instant info world we live in today. The concept of the ‘strategic corporal’ where a squad leader’s interaction with a Village Elder can be employed by our adversaries as fodder for YouTube or other media is real.

It takes a special kind of patience to calmly evaluate likely second and third order effects as well as potential spillovers to other theaters. Tomorrow’s MISO warrior will need this kind of insight on a daily basis.
Posted by Lawrence Dietz at 3:41 PM 3 comments: 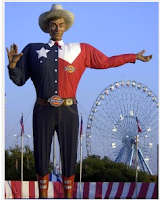 One of the great benefits of travel is that you get to see other people’s point of view. Ordinarily I turn to my weekly edition of the London based Economist for a non-US perspective. While it’s not really a European view either, and for the most part the UK is our closest ally, the Economist views things differently and can often say things that American publications simply can’t. I  also used to read the Far East Economic Review, but alas it was shuttered after 63 years ! (see: http://www.reuters.com/article/2009/09/22/dowjones-feer-idUSHKG23852320090922)

What has this got to do with PSYOP? Actually quite a bit.

I’m in London for a week as the final phase of a trip to Ireland (see www.cosac.net) and a weekend in Edinburgh. While I’m not a bit TV fan, my wife watches enough TV for the both of us and so it was no surprise that she the tube on virtually all the time we were awake on the road.

One evening the BBC had a bit on the US government shutdown and to illustrate the feeling of the average American they interviewed random people at the Texas State Fair. (see: http://www.bigtex.com/sft/) Photo Source: RYOT.org

The prelude to the interviews showed typical Texas Fair cuisine, which of course, means anything that can be fried. The interviews captured the thoughts of three ‘average Americans’ who felt: Obama care was nuts; government was too big and/or if shutting the government was the only way to curtail runaway government spending then – so be it.

Of course had the same ‘average Americans’ been in Berkeley, CA or Seattle, WA or Miami, FL it is more than likely that their views would have been different.

The moral of the story: you need to do your media research every day to develop a baseline of what the local media is saying so that you can gauge your own messages accordingly.

Input and other sources invited.
Posted by Lawrence Dietz at 4:15 AM 2 comments:

I just finished attending an information security conference in Ireland (www.cosac.net). One of the presentations concerned some recent research in the area of cultural variables and their impact on cyber attack design.

The presenter showed details of her recent dissertation on the subject. Her hypothesis was that people’s innate cultural norms would come through in their work, especially if that work was performed in a time compressed manner or under stress.

Of course the dissertation proved the hypothesis. The nature of the variables is way beyond the scope of a Blog posting, but I think the theory holds true for Counter PSYOP Analysis.

Perhaps more importantly it holds true for PSYOP product development. In particular MISO personnel need to take great pains that their end work product is designed with the target audience in mind and not based on the developer’s perspective.

Guarding against this bias will likely mean the employment of trusted third parties who are steeped in (and ideally part of) the culture of the target audience and whose review can insure that MISO product is presented in such a way as to appeal to the target rather than showcase – either directly or indirectly – the perspective and culture of the developers.

Photo Source: http://www.fbi.gov/about-us/cjis/fingerprints_biometrics
Posted by Lawrence Dietz at 3:18 AM No comments: