FM 22-5 or Drill and Ceremonies As PSYOP

PSYActs can take many forms. Those involving imagery are generally the most powerful. One of the more interesting PSYActs recently took place in Beijing. On September 8, 2015 Diplomat Magazine published article about the parade at: http://thediplomat.com/2015/09/wondering-why-china-held-its-parade-here-are-5-things-beijing-accomplished/

The article contends that the parade was held for a number of reasons:
1.     It shows that Xi Jinping is the undisputed leader of China.
2.     Ordinary Chinese people have a very positive attitude toward their military.
3.     To show the world that China has a wide array of modern missiles.
4.     The Chinese wanted to show that they are not a threat to other countries by announcing the reduction of their forces by 300,000.
5.     South Korea and Russia showed they support the PRC.

Today’s post is not about this parade, it’s about PSYActs and how the military performs them intentionally or unwittingly.

One of my favorite good examples is the British Army in Bosnia. While I was the Deputy Commander of the Combined Joint Information Campaign Task Force (CJICTF) I visited the Multi-national Division (MND) HQ. As an American soldier in the NATO Force I was dressed sort of as a Mutant Ninja Turtle with my flak vest and helmet. The British on the other hand wore soft caps and no body armor.

The PSYAct comes into play when there is a need to convey to an audience that you are serious and they need to comply. The Americans didn’t have very many non-lethal alternatives while the British simply could upgrade their protection with Body Armor and Helmet. This act alone often had the desired effect.

A more recent military PSYAct is was when the US military drove convoys through Europe in March 2015 (see: http://www.nytimes.com/2015/03/30/world/europe/an-american-military-convoy-in-europe-aims-to-reassure-allies.html?_r=0). Photo Source for kids and armor.

A key point is that CDR at all level need to consider the intended and likely unintended consequence of actions from the psychological perspective as well as the kinetic one. 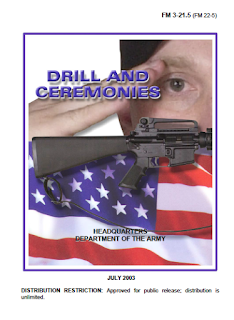 Posted by Lawrence Dietz at 3:12 PM

Good post, Larry. What people see is what they usually believe.

Good post, Larry. The simple lesson is that, the way people see you is the way they believe you are.