The core of PSYOP is to influence behavior. In the military context we talk about influencing the local population in the AO to behave in a manner that does not interfere with or perhaps aids a CDR’s military mission

Education, generally for security and health reasons comprises a major PSYOP mission set. While I was in Bosnia we had a number of campaigns about mine awareness. These campaigns were designed to educate the local population, especially children about the dangers of unexploded ordnance.

Reaching children can be especially challenging so the PSYOP team worked with DC Comics and employed Superman to help explain those dangers. (Photo Source: www.unicef.org)

Ebola prevention and detection is a similar mission. The growing task force in West Africa will find that prevention and early detection are the primary defenses against the epidemic. Fortunately, there are a number of organizations such as the US Centers for Disease Control (CDC) that have already developed useful material. (Photo source: cdc.gov) 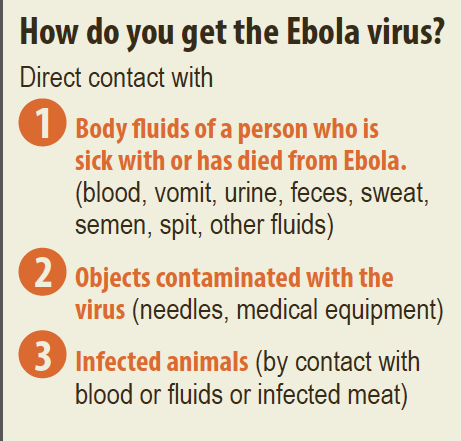 A major challenge is to localize the material, supplement it with locally relevant information and insure the widest possible distribution. Media employed will likely include television, radio, print, shortwave, internet and, in some cases, loud speaker.

It would also be useful to recruit credible, well liked, and well known spokes people who can had power to the message and help insure that recommended actions are taken.

Reader feedback and updates are encouraged.
Posted by Lawrence Dietz at 10:36 AM